A 72-year-old lady was arrested after she allegedly turned off a hospital roommate’s ventilator twice as a result of she was irritated by the sound it made, authorities in Germany mentioned Thursday.

The lady was jailed on suspicion of tried homicide after the incident at a hospital within the southwestern metropolis of Mannheim on Tuesday night.

The police and the prosecutor’s workplace indicated in a press release that the suspect allegedly turned off the respirator of a 79-year-old lady and, even supposing the workers advised him on the time that it was very important for the affected person, he turned it off once more later that night time.

The aged affected person needed to be resuscitated and, though her life just isn’t in peril, she nonetheless wants intensive care, authorities mentioned. 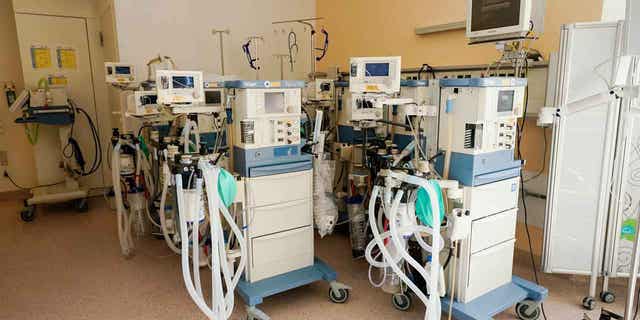 Respirators within the intensive care unit of the College Hospital Mannheim. A 72-year-old lady was arrested for allegedly turning off her roommate’s ventilator in Mannheim.
(Uwe Anspach/Picture Alliance by way of Getty Pictures)

GET THE FOX NEWS APP

The suspect was introduced earlier than a decide on Wednesday and brought to jail.