VIDEO: Rescuers in Indonesia pull a six-year-old boy out of the rubble 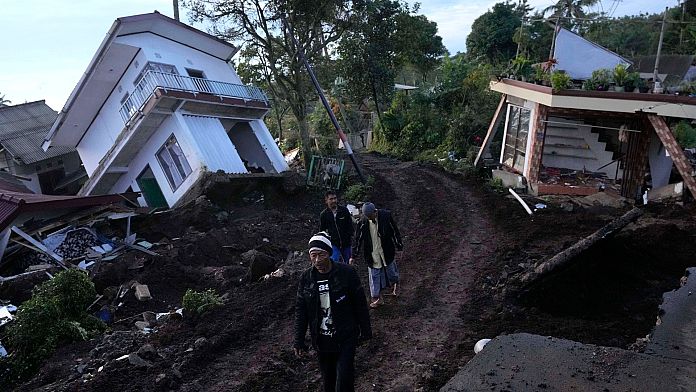 A six-year-old boy has been pulled from the rubble of a lethal earthquake in Indonesia after spending two days trapped beneath the rubble with out meals or water, in what has been described as a “miracle” rescue.

The dramatic second was caught on digicam by an emergency employee deployed to the world after the earthquake hit town of Cianjur in West Java, killing at the least 271 folks.

The person who pulled the boy out of a gap minimize within the rubble held him in each arms, whereas one other rescuer carrying an orange helmet ran behind them to carry the boy’s hand, footage launched by the Bogor district administration in West Java confirmed.

Azka, whose final identify stays unknown, was then proven calmly sipping a drink, held by a soldier as one other emergency employee stroked his hair.