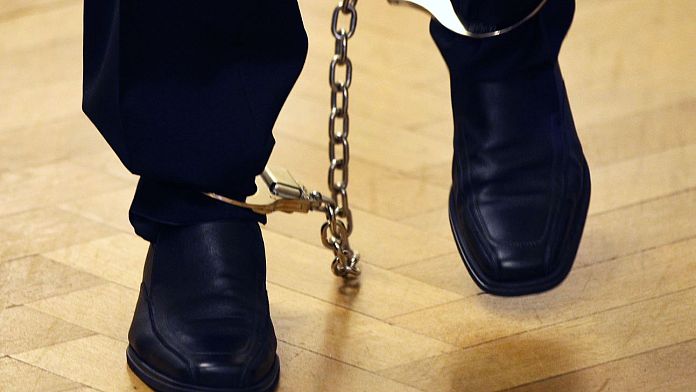 A far-right extremist has gone on trial in Germany for a lethal arson assault on a refugee asylum heart greater than 30 years in the past.

The 51-year-old man, recognized solely as Peter S., is accused of intentionally beginning the hearth within the city of Saarlouis in 1991.

He faces prices of homicide, tried homicide and arson leading to loss of life. He denies the allegations.

The lethal hearth on the refugee heart in September 1991 remained unsolved for many years.

Samuel Yeboah, a 27-year-old Ghanaian asylum seeker, died of his accidents after petrol was poured down the steps of the constructing.

The opposite 20 refugees staying on the heart managed to flee, though two folks suffered damaged bones after leaping by way of the home windows.

Peter S. was initially questioned by investigators, however no prices had been filed resulting from an absence of proof. The investigation was restarted two years in the past and he was arrested in April.

In keeping with prosecutors, the suspect had participated in a collection of far-right rallies in Germany, was motivated by “racist beliefs” and “accepted that residents could possibly be killed or injured” by the hearth.

The suspect has a “deep contempt and massive hostility” in direction of refugees, prosecutor basic Sophie Gössl advised the Koblenz court docket.

Protection legal professionals say the suspect has distanced himself from such ideologies since 2007.

The trial in western Germany is anticipated to final till June.