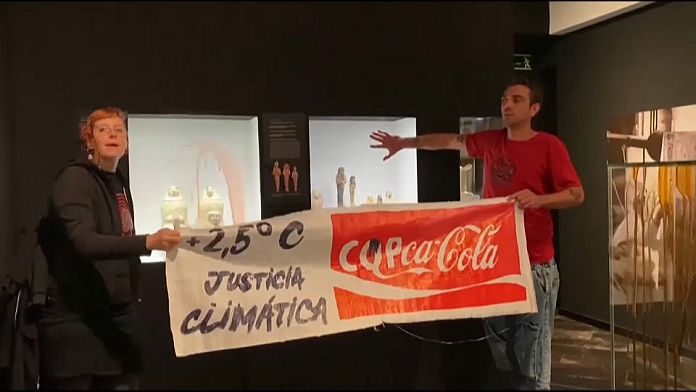 Members of the Spanish environmental activism group Futuro Vegetal threw fake blood and oil at exhibits at the Egyptian Museum in Barcelona.

They say they denounce the “inaction” of governments gathered for the COP27 talks in Sharm el-Sheikh, Egypt.

The man and woman sprayed the cage with fake oil, then the walls with fake blood, using plastic Coca-Cola bottles.

They then unveiled a large banner with the word “COPCA COLA,” a reference to one of the conference’s official sponsors.

Many environmental NGOs are critical of the soft drink giant for activities they consider polluting the world, in particular, the mass production of plastic bottles.