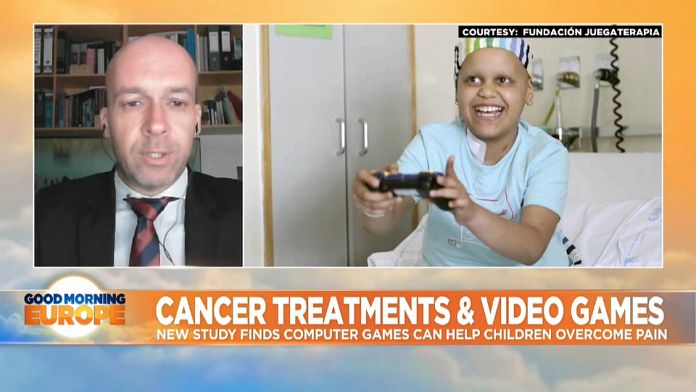 A new study in Spain has found that computer games can help children overcome the pain of cancer treatments.

Research carried out at the Hospital da Paz in Madrid has also shown that playing video games helps them recover.

Mucositis is often an adverse effect of chemotherapy and radiation therapy for cancer that results in painful inflammation and ulceration of the mucous membranes that line the digestive tract.

Ignacio Gonzales is the medical director of Mdoloris Medical Systems and said: “This is the idea that the head of anesthesia, at the Francisco Reinoso Peace Hospital, thought that children go through a very painful treatment in some type of cancer. that it was a mucositis, it could be the pain they suffer from, it could be relieved with video games.”

After using the video games, the study found considerable pain-relieving effects even though lower amounts of morphine were administered.

For the full interview click the player icon at the top of the story.