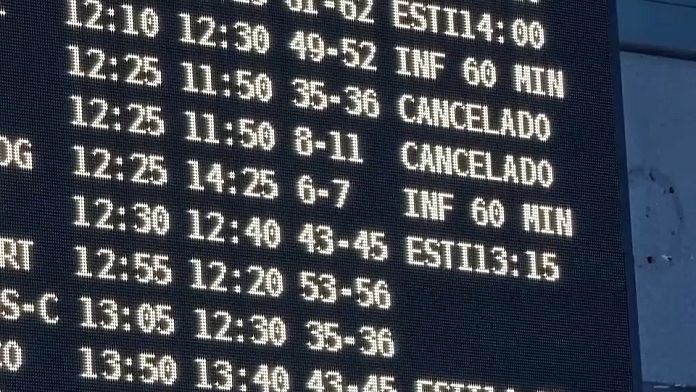 Hundreds of people were stranded at Valencia airport on Saturday after a storm flooded the runway, grounding planes for several hours.

The meteorological station at Valencia airport recorded 66.1 liters of rain per square meter in just one hour, the heaviest rainfall recorded in November, according to the Spanish meteorological agency AEMET.

Thousands of people were left without electricity across the country and a 17-year-old boy died this Friday in the northeastern region of Zaragoza, after a tree he was sheltering under collapsed on top of him.

The precipitation was particularly intense in the southeastern region of Valencia, which remains on orange alert.

In Tarragona, Catalonia, the storm left around 6,600 residents without electricity. Floods were also recorded in more central areas of Spain.

Watch the video in the player above to learn more.